Lake Diefenbaker is a reservoir in Southern Saskatchewan and was formed by the construction of Gardiner Dam and the Qu'Appelle River Dam across the South Saskatchewan and Qu'Appelle Rivers respectively. Construction began in 1959 and the lake was filled in 1967. The lake is 225 kilometers (140 mi) long with approximately 800 kilometers (500 mi) of shoreline. It has a maximum depth of 66 meters (217 ft), while the water levels regularly fluctuate 3–9 meters (9–27 feet) each year. Lake Diefenbaker provides water for domestic irrigation and town water supplies. The flow of the two rivers is now regulated with a considerable portion of the South Saskatchewan diverted into the Qu'Appelle. 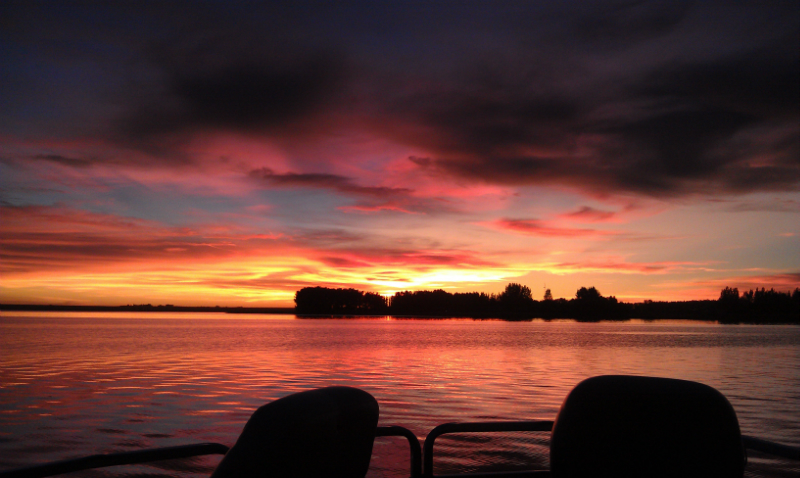